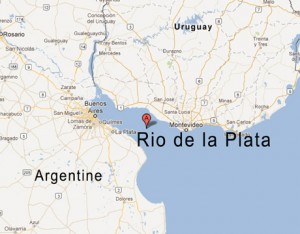 He was born on 2 sides of the river, Montevideo and Buenos Aires in the late nineteenth and early twentieth century. It was born from the meeting of these two slaves banks dancing on Sundays and holidays to the sound of music from the land of their ancestors. The origin of the word Tango is attached by researchers from Argentina and Uruguay, in African terms: it could be translated as « closed place » where practicing religious rituals. These rituals were accompanied by drumming. Subsequently « Tango » pointed drums.

Juan Carlos Caceres (born in Buenos Aires in 1936) has released two albums in which he goes in search of the origins of Black Tango (Milonga, Candombe, Murga) by declaring himself: « It is in the background that is modernity « . These two titles are the most danced « Toca Tango » and « Tango Negro ».

With the end of slavery, which began mid-XIX, blacks participated in the carnival in Buenos Aires. Their dances and rhythms received the name of « bailes de Tango ». Tango also appeared as synonymous Candombe term for today rhythms with a strong African influence. In Cuba we also spoke at the time of « rhythm of Tango » or « habanera rhythm. » The term « milonga » would also Africa.